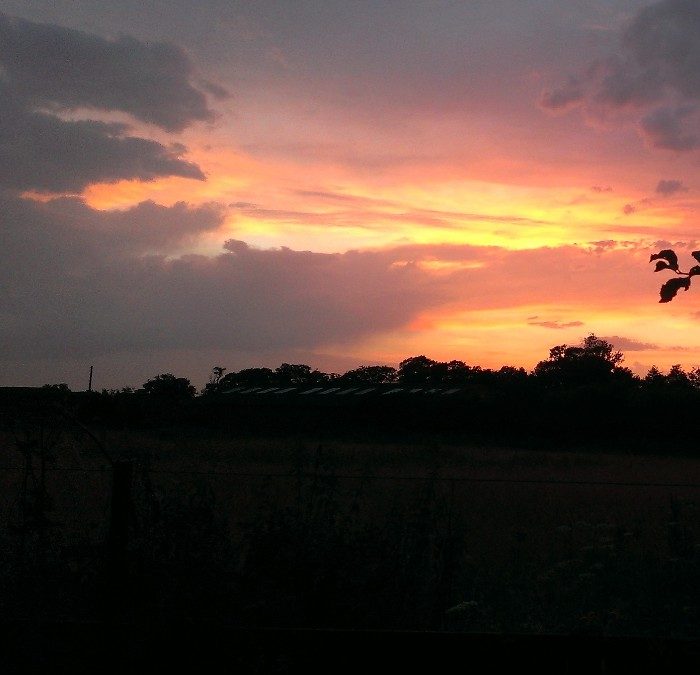 Somewhat belatedly, for those reasons life throws at you, here is the next instalment of the Phoenix Quest. It may seem a little incongruous to be recounting events which took place last summer, when the sky was blue and air was deliciously warm. All too quickly the nights drew in, the daytime temperatures plummeted and winter definitely arrived. Without going into a detailed explanation, let’s just say my literary efforts have been otherwise directed. (For the curious amongst you please refer to my posts in the ‘Spine is Mine’ category.)

So after this short-ish interlude I offer you a time travelling experience to pick up the story in that season, where you may well have been sipping a cold glass of wine alfresco, after a hard day’s work.

One bright and sunny August afternoon, the kettle was boiled, the architect’s plans were laid out on the table and the wait was over. Mrs R and her sister were about to pay me a visit. A few weeks had passed since we had arranged to meet. I wondered how Mrs R would feel returning to her old family home of nearly 30 years ago. Their arrival was prompt. Our friendly nattering began before they had negotiated their way down the path. It continued during the tea making and on a further two hours. We were all so caught up with our chatter, I barely noticed the time passing. Sitting round the large kitchen table, information was exchanged, myths were busted and wonderful memories shared.

People often talk about the soul of a building, that sense that you experience when you step over the threshold for the first time. I have to admit that in all my property choices, it is this feeling which ultimately has clinched each deal. So I have known since my first viewing, that ours had been a happy welcoming home. Everything I learnt from Mrs R served to reinforce this and has made me even more determined to make ours a sympathetic restoration. I feel extremely lucky to now have first hand accounts of changes that were made during her time here, including the infamous windows. Actually though, it is the rich human history and the revealing of the quirky secrets which I value most. How many homeowners have the opportunity to understand their property from this perspective? Maybe it should be a requirement of the Home Buyers Report? A logbook or journal of the people whose lives enrich the building; a record of the past carried forward into its future? I accept these ideas are a little tangential to my main story, so to get back on track I will now return to the purpose of this post; namely to document my findings from Mrs R’s kind visit.

To help you digest the juicy nuggets amongst my newly acquired knowledge, I have grouped them together in clusters: Architectural Features and Family Anecdotes

Picking up the thread from previous posts it was my quest to identify the style of the original windows which led me to Mrs R. I am pleased to say, finally I have the answer! It was always a conundrum for years. Now with hindsight it seems obvious. Looking at the size, shape and position, anyone can see there are three answers to the same question! It’s easy to see now, anyway. Mrs R explained that there had been sash windows on the back of the house, wooden casement tri-panelled windows on the side and metal Crittall windows at the front. The Crittall windows were failing and drafty.  As tenants of the house then owned by the health authority, Mr and Mrs R successfully lobbied their landlord for new double glazed  replacements, in order to improve conditions for their young family. Those are the very same windows we have now. Unfortunately, being 40 years old, they too are failing; rubber seals perished, condensation between the panes and in one case a whole pane absent! Despite being the owners of this uniquely single-glazed version, which no doubt has its own tale to tell, it is time to say goodbye to these vintage aluminium frames. Their duty is done. My task is to investigate replacements which bring a feeling of authenticity to the project. As each of the originals were from different eras, we will need to compromise to find a solution. More than likely we are looking at bespoke options, for which read a healthy budget. Until we have made our selection I will say no more on the subject, except to declare UPVC and aluminium frames are not under consideration.

Flemish Bond! No not some kind of  a hybrid murder mystery detective/ secret agent! Actually it’s an attractive style of brickwork commonly used in the late Victorian and Edwardian periods. Sure enough our redbrick ‘Edwardian’ house has lovely old bricks laid in this pattern. Upon closer inspection though, those that have been dovetailed in at the front of the house are a different size. Curious, I asked one of the builders, a bricklayer by trade if he could date the different parts of the house. He could only confirm the difference indicated an earlier extension. He pointing out the join, (which I hadn’t spotted) and the straight ‘soldier’ bricks above the windows at the front. These contrasted with the arched bricks above the older side windows. Putting all the pieces of the jig-saw together; the Crittall windows; the brick sizes; the thickness of some of the internal walls and the OS maps showing the change in footprint and boundaries in the late twenties or early thirties, we are closer to understanding the evolution of the building.

Upstairs off the landing, and taking a bite out of the bathroom, there is an odd cupboard. It has a half height panelled door opening out onto the landing. The ying to its yang is inside the bathroom. Here open shelving is topped by a small cupboard sitting above. The original door to this space has been sealed and painted over, hinges and all. A newer door barely opens, restricted by the shower rail! Its one of the many quirks of the house I take for granted nowadays. I hadn’t given it much thought for some time until Mrs R enlightened me. She hypothesised that it had been a serving hatch or dumb waiter in the days before the ‘big house’ was divided into three. Paying it more attention since, this does seem like a plausible explanation, which in turn raises more questions. A serving hatch to where?

The newly wedded Mrs R moved here in 1954, from her nearby, family home further down the lane. She lived here with her own family for 27 happy years, until she and her late husband decided to buy their own home in another village close by. I sensed it was a reluctant move on her part, not least because, just three years later the next tenant was able to purchase the house under the ‘Right-To-Buy’ scheme for a significant discount.

She talked with fondness of the childhood she shared in the village with her sister including the children’s Christmas parties hosted at Highfield Hall, by the benevolent Charles Morris and his wife. Sadly they had no children of their own and their generosity to others became the stuff of local legend. It was wonderful to hear these stories first hand. The highlight of the week was a Wednesday. This was the day when the ‘Chocolate Man’ would do his rounds. They would eagerly anticipate his arrival, much like the ice-cream van of my younger years or the Ocado delivery of today. Mind you I might be tempted to swap my groceries for their treats delivered to the doorstep! How on earth did that tradition die out?!

I asked Mrs R about the bolts on the underside of the loft hatch. She explained:

“My husband put those up. We were concerned about the neighbour. He was a bad’n”

Apparently the loft space of the three houses had not been separated when the original house had been divided. Allegedly the rogue next door would stash his ill gotten gains in the attic and they suspected him to have used their hatch as a way of escaping capture. Today we have respectable neighbours and the wall erected after her family had left by the new owner, need only serve to protect us from fire.

Eventually after so much fascinating information had come my way,  I reciprocated, sharing an animated presentation of our plans for the renovation. All too quickly, it was time to say our goodbyes. With a promise of a return visit once the work is finished we parted, all smiles.

At this point their departure marks a neat break in the story, although by ending I may leave you wondering about our slow progress since.

Next time be prepared to share in the pain and frustration of our first major hiccup, when expectation meets reality; or to put it another way, the realisation that an English to Architect dictionary is an essential tool in translating the true meaning of the word ‘Budget’.