A Glimpse of the Author Within 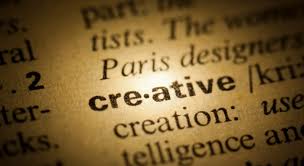 Should a writer allow themselves to be distracted by writing? This may seem an odd question, one which I would have to answer, “it depends.” Making slow but steady progress on my first novel, the voice in my head says: “No. Stop! Don’t enter that competition or write that blog. Not if you truly intend to publish your book any time soon.” My heart tells me otherwise. The joy of producing something short, with the possibility of the instant reaction of a blog or the almost instant scrutiny of the judges’ eyes has great appeal. So as I inched my way through the 55000 word mark of my novel, knowing I had the same again to write before I could share the first draft, I must confess my magpie heart was tempted by the shiny new prospect of two competitions. Both have now been judged. I won neither. Nevertheless, I share them here for you to read and enjoy.

The first was an entry to the St Albans Literary Festival Drabble Competition – ‘A story with a St Albans connection in no more than 100 words.’

Platform three, six twenty-six. He shuffles down to meet the doors of carriage two. Same doors, different dreary day. He’s given up on his commuter blog; no-one was reading it. His City ambition died many journeys ago too, the make money dream turned into disillusioned drudgery.

Today this once high-flyer, now has-been, dismounts his career with an unexpected grin. His fellow sweaty sardines, stuck on the same track, continue on. Resigning before he is pushed, he journeys home to St Albans. No longer a commuting recruiter, instead a penniless writer with a novel to finish. Meet Howard Noakes, budding Bestseller?

The second was a White Stuff writing competition – ‘A Winter’s Tale, true or imagined, past or present in no more than 500 words.’

The Search for Santa

Marcia Bailey sat with her nose pressed up against the cold coach window, her breath misting the already misty view. She tingled with excitement from her head to her toes. Golden curls framed her glowing face, escaping from beneath grandma’s newly knitted bobble hat.

Granny had insisted, “I was saving it for a present under the tree but my angel must have it for her adventure.”

Jeanette, otherwise known as Mummy, had won a competition at work. It was the 15th December. They were en route to ‘Search for Santa- an Expedition to Lapland.’ The two day itinerary promised to be a festive parcel packed full of magical experiences; precious memories to be made, carefully wrapped and un-wrapped again on all her daughter’s Christmases to come.

Despite rising at stupid-o’clock for the journey, Marcia’s five-year-old eyes were shining brightly with anticipation as she jumped off the coach into the safety of Keith’s arms.

Keith, otherwise known as Daddy, grinned as he noticed their fellow passengers catching Marcia’s mood; her enthusiasm infectious. One family, however, who Keith later labelled The Grumbles, were immune. Nothing pleased them. Mr Grumble’s complaining voice dominated at every opportunity. The plane was delayed- he grumbled; the Finnish tour guides couldn’t speak perfect English- he whinged; the queue to get kitted out with sub-zero gear was twenty minutes- he moaned. When it came to lunch and dinner, both of which were served buffet style in the resort’s refectory, he lost it altogether. Even though Keith had strategically seated his own family as far away from the Grumbles as possible, Mr Grumble’s demand to see the manager could still be heard as clearly as if they were on the neighbouring table.

Marcia whispered. Loudly. “Mummy? Why is that man shouting? Doesn’t he know Santa is watching? If he’s not careful he won’t be getting any presents on Christmas Day!”

Jeanette looked across conspiratorially at Keith, the way only parents do.

Keith trotted out his favourite phrase, “Out of the mouths of babes eh?”

Spirits un-dampened by the ‘silly man’, the Baileys, wrapped warmly against the wintry evening, trekked away through the soft, pristine snow to their cosy log cabin for the night.

Early the next morning in the arctic half-light, they mounted the motorised sleigh, soon to be swooshing them deep into the forest. It slowed to a stop, as the path opened out next to a copse of young pine saplings. Ushered by their guide, they followed a string of fairy-lights through the trees. Emerging out into a clearing Marcia’s heart skipped a beat. There was Santa’s house, curls of smoke rising from the chimney; outside an oversized elf ready to receive them.

A tiny “Yes please” came back in reply.

No amount of Mr Grumble’s grumbles would ever outweigh the memory of that treasured moment.